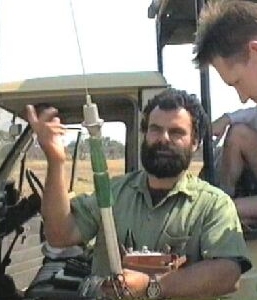 Greg Rasmussen is a British wildlife conversation biologist. For over 2o years, he had studied the African wild dog, and  has been working in Zimbabwe at the Hwange National Park. However, in 2003, he suffered a severe plane crash which would leave him crippled and stranded within the African Bush. To add insult to injury, Greg was dehydrated before he even took off, hoping to get water when he landed. But even worse, elephants began to stampede Greg. Fortunately for him, he was able to scare them off by banging on the wreckage of the plane. This tactic worked on other animals Greg had encountered, such as hyenas and lionesses. Greg spent a good 24 hours surviving the wild, meanwhile struggling with his dehydration and the extreme temperatures. He was saved the next morning, and was put into surgery for his legs. After over 100 operations, Greg’s legs were functional again, yet he was now 3 inches shorter than his original height. Overall, Greg was happy to be alive, and he even went to tell this tale over at Discovery channel with the documentary series, “I Shouldn’t Be Alive.”